Pathway of Wounds: Shear vs Pressure 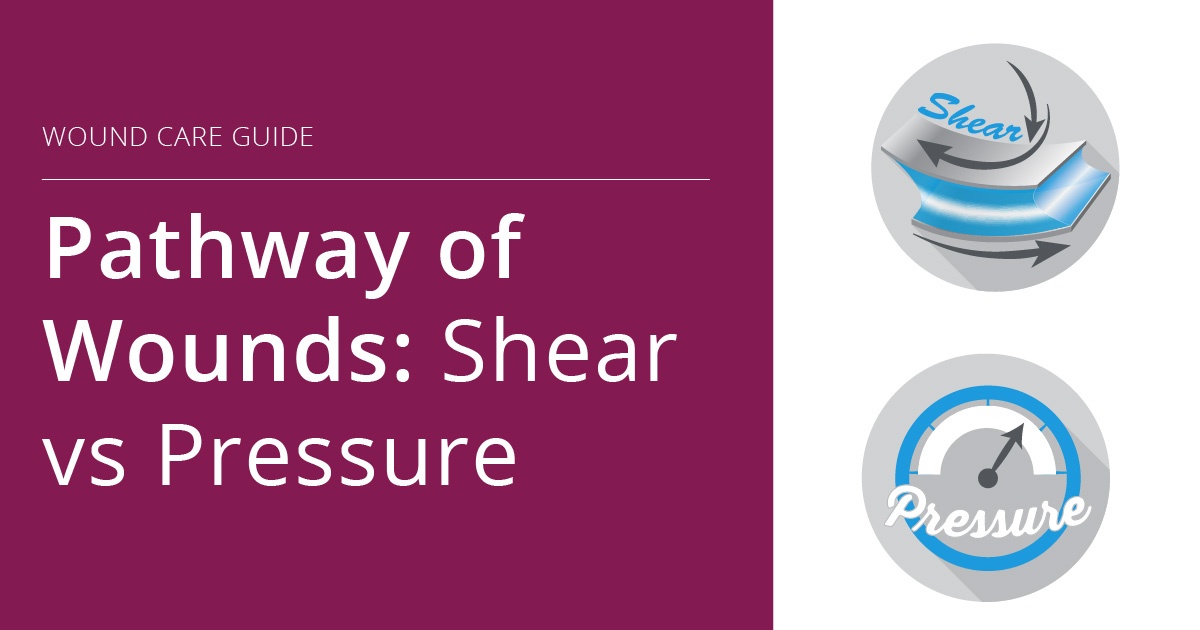 Sometimes we get really caught up on the pressure aspect of wound development and don’t really consider that wounds can be caused by more than just pressure alone. In fact, there are three extrinsic factors that really make our patients more susceptible to pressure injuries:

Tissue death can occur with both pressure and shear, but the mechanism is quite different. Generally, as healthcare providers, we are more familiar with a pressure injury caused by pressure starting superficially at the epidermis and then moving deeper through the layers of skin. I usually refer to this type of pressure injury as an outside-in wound, since the damage starts at the outer layer of the skin, moving deeper into the more internal layers of skin, tissue, muscle, and bone. We begin treatment when we notice the telltale visual signs of: 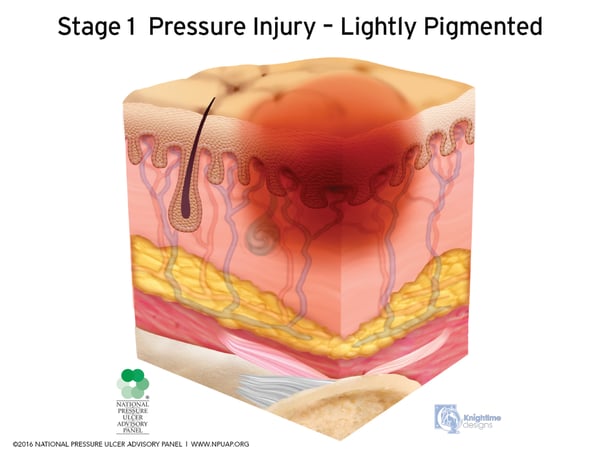 I usually refer to this type of pressure injury as an inside-out wound as it begins deep at the bone-muscle interface and moves superficially.  By the time a pressure injury caused from shear forces is visible, it usually is already at a very advanced stage, referred to as a deep tissue injury (DTI). 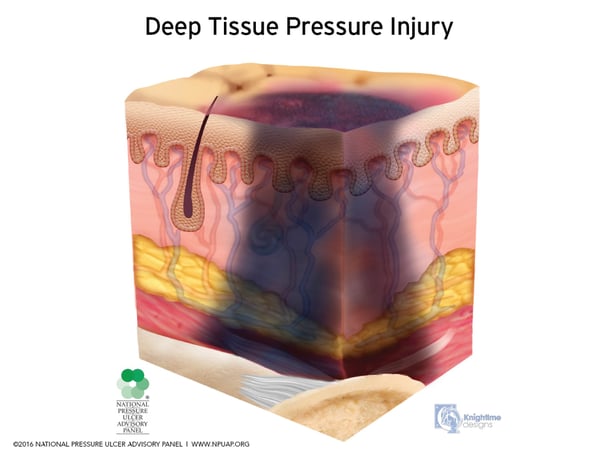