Paralysis in general, and in my case paralysis caused by a traumatic spinal cord injury, is already a pretty catastrophic, debilitating, and life-changing condition that takes much away from us; from me, it took a bit TOO MUCH and today I’m fighting back for EVERYTHING!

My name is Ignacio Montoya, a former pilot of the USAF. Six years ago I was involved in an accident where I ended up fracturing my back and thus, the spinal cord injury. During the first three months I was in a coma, I not only lost about 50 pounds but was not adequately turned for pressure relief and proper circulation. These are perfect conditions for a pressure sore to develop and inevitably one did.

As I came to my senses and was getting ready to leave the hospital, the doctors briefed me on my multiple neurological injuries and everything I had sustained at the time of admission. They went into details of what had been tried for treatment and most importantly what my at-home “care plan” would consist of; essentially telling me to live life one day at a time while taking care of already existing complications and minimizing the risk for more. Solutions that for me were insufficient and in other words nonexistent; a new lifestyle that’d be focused on sustainability not overall improvements or much less, on transformative change and recovery. Concepts and ideas that just fell in-line with complacency and surrender, concepts that did not sit well with me. 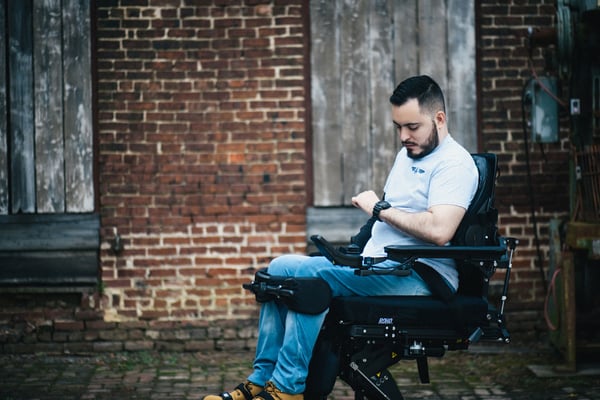 One of those secondary problems was the pressure sore, or decubitus ulcer, in my coccyx that ended up being a stage-three ulcer. The treatment given to me at every wound clinic I went to consisted of daily wound care to make sure the wound would not get infected and a regiment of constant weight shifts, by tilting back and forth a few degrees on a power wheelchair all throughout the day. That was it! It simply was not enough. As days and months and years went by, I later learned that scar tissue would begin to form around the walls of the wound and this was one of the reasons why after three years it still would not close. At the same time, I would try to work on my rehabilitation and do some physical training and therapy but everywhere I’d go I would be turned away because of the existing pressure sore and the risks it brought. Paralysis in general was just winning on all fronts.

As time passed and I kept learning about many harsh realities of life after an injury, I also began understanding more about medicine and the human body, more of my own body and how it functioned or failed to function after this injury, and what it would take to bridge the gap between engineering and medicine, to find external solutions to internal problems. I also learned something very important, which I was already used to; that no one was going to advocate on my behalf, no one was going to give me a ten step plan or guide to follow, that it’d be up to me to be my best advocate and up to me to find a way forward. 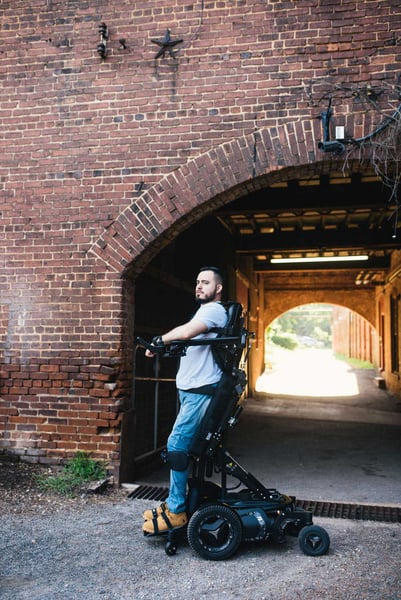 I had to try it all out, but I definitely did not want another surgery. From hyperbaric oxygen treatments to amniotic cells, I kept trying but nothing seemed to work. The wound was small in diameter but deep to the bone. It wasn’t till a plastic surgeon took a look at it, that I was given an understandable explanation as to why I would not close. So he offered a solution: surgery.

After three years of trying I was done and well this seemed like the only thing left. He performed a skin flap procedure to close it but also then had me inside a hyperbaric chamber, every day for two months. This not only took care of the sore but it’d also eliminated all infection and particularly the osteomyelitis that had developed in my tailbone. But then, he mentioned, there would always be a huge risk for the sore to develop all over again. And that was something I could not let happen.

I had to eliminate any and all risk I could and the consensus was logical and medically necessary. Tilting back in that wheelchair when the pressure sore was merely a stage one had not been enough. As diligent, perfectionist, and overachiever as I tried to be, I had gotten me nowhere and actually the wound had worsened. But I then learned of the F5!

The Permobil F5 Corpus VS Power Wheelchair is exactly what I needed, and I began a campaign to get it. I prepared a packet with multiple letters from leading doctors explaining the risks, costs, and medical necessity of it all and submitted it multiple times to insurers, CMS. After getting my claims denied time and time again, it would only motivate me to fight even harder, and keep trying. I kept appealing and was in the process of taking it up with a federal judge when things changed. The Permobil Foundation had gotten word of my debacle and they so graciously decided to donate to me the standing function of that wheelchair.

Today my life has completely changed because of the invaluable feature of standing. I have never again had any pressure issues or any skin problems after having the standing feature on the Permobil F5 VS. The benefits that come with standing are so many to list that it baffles me to know that this still is not the minimum that should be offered to every person in a power wheelchair. The journey and work to fight for what I need has only inspired me to change the standard of care in many areas and for many unmet needs with this condition. I want to help thousands if not millions of people with paralysis. To do this, I just recently graduated number one of my class at Georgia Tech with a Masters in Biomedical Engineering, and honestly at 28 years old, this fighter pilot is just getting started. 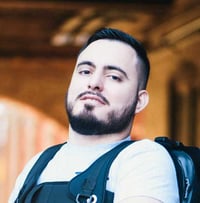 Ignacio Montoya is a former pilot of the USAF. Montoya attended Georgia Tech pursuing a degree in biomedical engineering and graduating with a Master of Science in Biomedical Innovation and Development. He is the neurorecovery executive director of the HINRI Labs in Atlanta, which is focused on changing the standard of care for spinal cord injury patients.