Dementia: What Part of the Brain is Under Attack? Part 2 in our series on Dementia. Check out Part 1.

In the diagnosis list, dementia can be clearly stated or there may be other disorders highly linked to dementia, causing the resident to present with the same signs and symptoms. I want you to be able to recognize the types of dementia and the disorders linked to dementia so you can be adequately prepared to understand the resident’s needs and modify the treatment approach accordingly.

The Alzheimer’s Association recognizes these types of dementia:


And disorders that present with dementia are:


Dementia is a broad term. It can affect various parts of the brain. But one thing is for certain: specific areas of our brain are targeted and each area presents with a very specific functional loss. I am going to highlight critical parts of the brain affected by dementia to help you understand the corresponding challenges when treating your resident.

The brain can be divided into two major parts: the forebrain (cerebrum) and the brain stem.

The Brain Stem is Comprised of:


To set reasonable treatment expectations, we must have a clear understanding of the responsibilities of each part of the brain and how each one controls a resident’s ability to interact socially or perform daily self-care tasks. 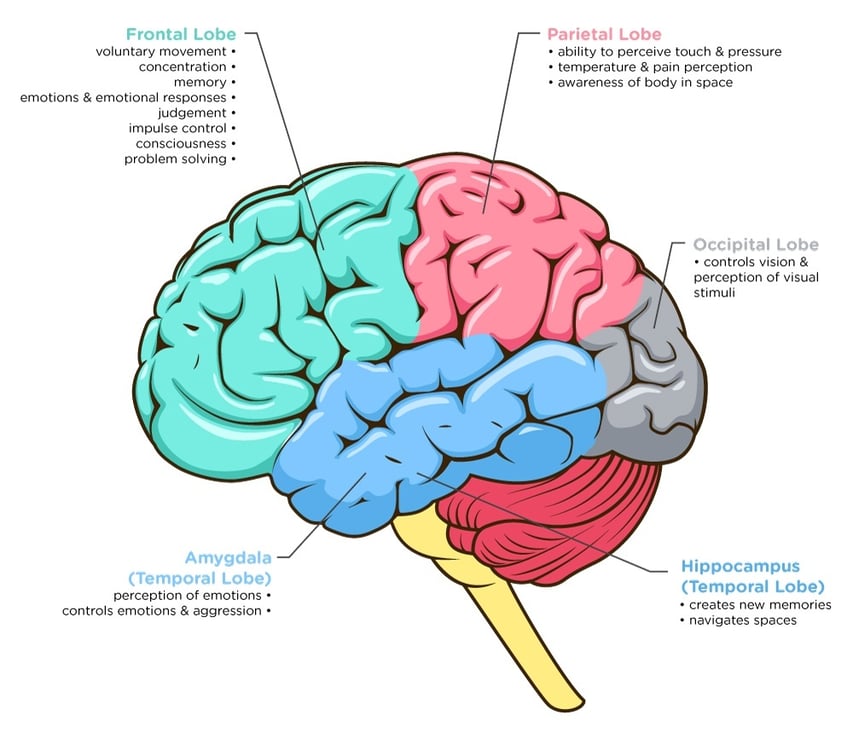 Our minds should be spinning and wondering, “Okay, now I know what part of the brain is under attack with dementia, and I know what abilities will be lost. But HOW does that relate to seating and positioning?” Well, sit tight because that is precisely what we will discuss in next week’s blog. Stay tuned!