A Parent's Perspective on the Explorer Mini: Promoting Exploration 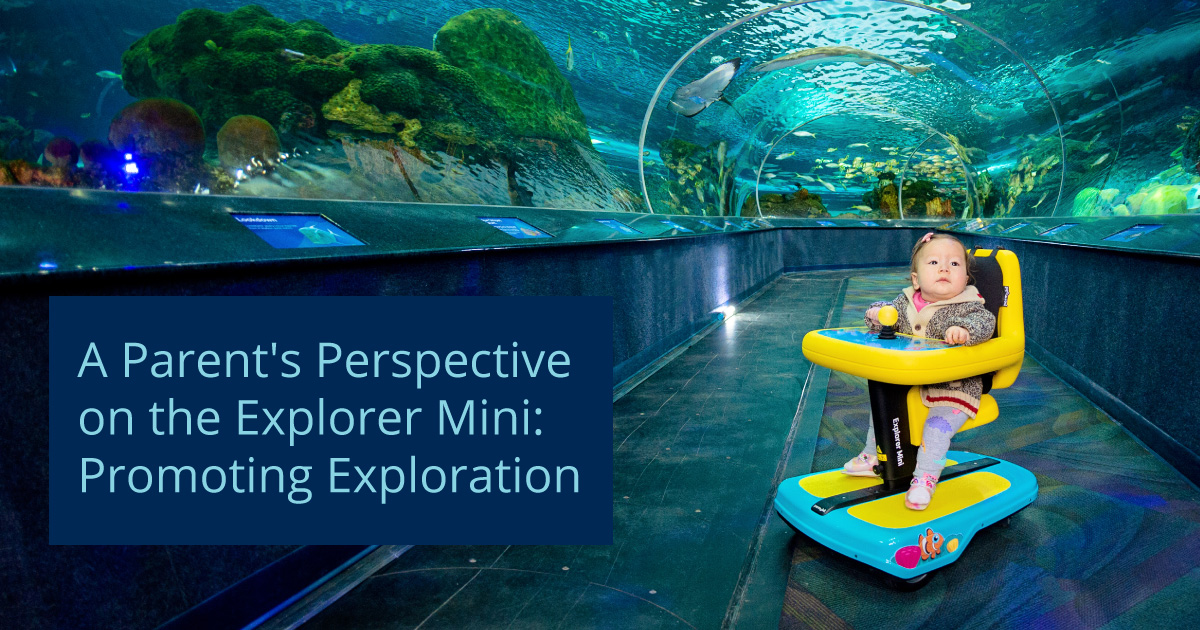 Part 2 in our series about one family's experience with the Explorer Mini. See part 1.

Last week was the start of our series, focusing on the Explorer Mini with questions and answers from a parent/caregiver perspective in the form of video interviews. While last week's blog was all about first impressions of the Explorer Mini, this week we turn our focus on how the Explorer Mini promotes exploration. Click on the videos below to hear Mike's answer or read the transcript below that. All transcripts are edited for clarity.

What are some of the difficulties Sylvia had to face before the Explorer Mini?

Mike: When Sylvia is playing with other kids, we're there. We were at a birthday party just before she was a year old. I knew she wanted to play with other kids a lot. I'd have to go in and help because she just couldn't sit up unassisted. I wanted her to be able to play on her own, and she did too. I would hold her and let her have interactions with other kids. The kids do interact with her, but it's tough that she's not able to have the freedom to run up to another kid, crawl over, or waddle over. Everyone has to come to her and either my partner or I had to be there holding her up.

How does the Explorer Mini allow a child to interact with their environment?

Mike: It was neat to see her start to explore the house that she's lived in. She would push the joystick over and then she would reach and grab onto the couch and then she would push it a bit further and she would reach and grab it for the lamp. And it was just neat to see her going for all these kinds of tactile things. She was touching things differently and you could see her processing that's what that feels like. You could almost tell, she's always been looking at these things and saying, "What does that feel like? What's that look like? I want to play with that." Now she's able to just drive around and do it.

How does the Explorer Mini facilitate the progression of exploring personal space and beyond?

Mike:
When we first sat her in the Explorer Mini, Sylvia was checking out the tray. She wanted to see if she could grab at it. She had the joystick in front of her, and she would see if she can hold it with both hands. At one stage, she wrapped her arms around and hugged it towards her, moving backwards in the device. We did at one point turn it off so she could play with it and figure it all out. She would put her hands right to the front and then bring her arms back. She was feeling the sides, and I think she liked the fact it has a smooth feel. She found the tray and the different stickers you can put on interesting. We would put a couple of prompts around the joysticks where she would engage that and find some fun and play around with it. 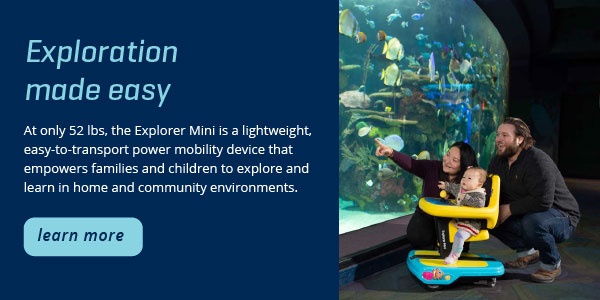